World Trade Center Panama is a full facilities-based service center for international businesses, offering an advanced business and hotel complex in the region. The unique combination of corporations and institutions established in this centrally located facility provides a wide variety of products and services for the convenience and efficiency of international business operations. A full service hotel, full service banking, temporary offices, post office, several embassies and consulates, legal services, language translation, interpretation and education are some of the most important features in our complex.

The WTC Panama Complex is centrally located within the financial district and gives easy access to many local amenities. It’s been built in 1996 with the highest standards of design and construction and is monumental in its structure. It is also one of the few buildings in Panama City that complies with the US Fire Code and provides high security to tenants and visitors.
It consists of 2 towers and a commercial area. The primary tower contains 20 floors with 84 Class A Offices. The Commercial area connects the primary tower with the second tower; the Hotel with 128 rooms and the Casino.

"We are the people who know people"

WE BRING EFFICIENCY TO BUSINESS

Is Panama’s growth per year

Of Panama’s business lies in the service sector

Every member of World Trade Center Panama provides their knowledge and skills to complement each other and work as a team to support our tenants and visitors.

Pioneers in Public Relations in Panama

SSA was also among the founding companies of the World Trade Center Panama. Since April 1997, the company has been delighted to hang their corporate hat at this prestigious international business center.

WTC Panama is pleased to present to you the following events that will take place in Panama. Please do not hesitate to contact us if you have any information.

Panama City is a diverse multicultural city of more than 1.4 million people. It offers a lot more...

Panama offers business opportunities from around the world. Below are different news articles related to business, economy and trade investments in our region.

Thank you for your interest in the WTC Panama! For general questions and comments please complete the form below and a member of our team will reach out to you shortly. We look forward to hearing from you! 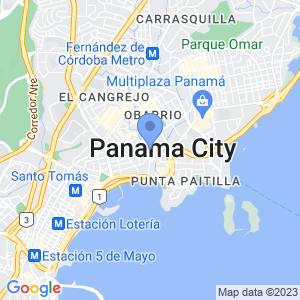