Varanasi also known as Benares is a city on the banks of the Ganges in the Uttar Pradesh state of North India, 320 kilometres (200 mi) south-east of the state capital, Lucknow, and 121 kilometres (75 mi) east of Allahabad. A major religious hub in India, it is the holiest of the seven sacred cities (Sapta Puri) in Hinduism and Jainism, and played an important role in the development of Buddhism and Ravidassia.
Varanasi is known throughout India for its production of very fine silk and Banarasi saris, brocades with gold and silver thread work, which are often used for weddings and special occasions.

Varanasi is emerging as a commercial centre for the region and given the focus of the Government in developing it to a Smart City, Varanasi will soon become a modern day commercial hub and center and the religious tourism will further boost its credentials.

Population is engaged in manufacturing

population is engaged in trade and commerce

number one city in religious tourism 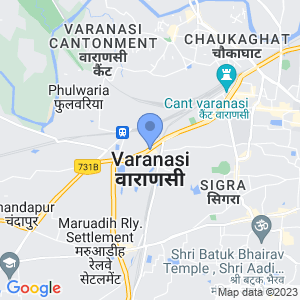