WTC SURABAYA INFORMATION TO BE UPLOADED.

Surabaya is Indonesia's second-largest city and one of the busiest ports in the country. Its principal exports include sugar, tobacco and coffee. It has a large shipyard, and numerous specialized naval schools. As the provincial capital and the main trading port of East Java, Surabaya is also home to many offices and business centers. Surabaya's economy is also influenced by the recent growth in foreign industries. The largest contributor to the GDP comes from trade, hotel and restaurant with a contribution of 39.14%. The second largest contributor to Surabaya's GDP comes from manufacturing sector which reached 28.70%.

(This article uses material from the Wikipedia article ”Surabaya", which is released under the Creative Commons Attribution-Share-Alike License 3.0, http://creativecommons.org/licenses/by-sa/3.0/)

The second largest city in Indonesia

Thank you for your interest in WTC Surabaya! For general questions and comments please complete the form below and a member of our team will reach out to you shortly. We look forward to hearing from you. 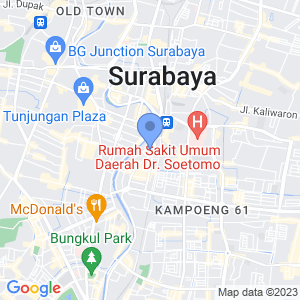