World Trade Center Metro Manila is the pioneer in world-class exhibition venues in the Philippines. Host to countless global and local events, this address has successfully made a mark in attracting a roster of big clients. Since it's inception in 1996, WTCMM has continued to provide world-class service and unparalleled expertise in exhibition, trade shows, expositions and events.

A Premier Accredited member of the World Trade Centers Association (WTCA), it is also the first the first exhibition venue in the Philippines recognized and now a member of Union des Foires Internationales (UFI), the global association of the exhibition industry. It is the preferred venue for major international and local exhibitions and professional events that are widely attended by foreign delegations and buyers from different parts of the world.

The Global Business Address that links you to the World

WTCMM is the pioneer in world-class exhibition venues in the Philippines. A key player in the MICE industry in the country, it is the host of countless global and local events, making a mark in attracting a roster of big clients.

of our clients are seasoned high-profile exhibition organizers that are able to attract foreign trade buyers and investors into the country.

of events held in our halls promote and facilitate trade and investment in the country by showcasing products as well as carry on business discussions under one roof.

of our efforts are directed towards the promotion of trade by providing a world class venue for exhibiting world class Filipino export-quality products, trade activities such as business matching, business missions and trade education programs.

World Trade Center Metro Manila is composed of dedicated professionals who are committed to provide superior service to its customers, who have the skills and knowledge necessary to deliver timely, well-targeted, and affordable solutions. Armed with passionate spirits and innovative minds, they push boundaries to give a truly value-adding service that every client deserves.

Science Park of the Philippines, Inc. (SPPI) was established in 1989, and through the years, has gained the reputation of being a cutting-edge developer of industrial estates through its Light Industry & Science Park projects. Today, SPPI is one of the largest private economic zone developers in the country with an aggregate area of about 800 hectares developed and under development.

Our first venture, Light Industry & Science Park I, was the first privately-owned industrial estate in the Philippines to be registered as a special economic zone by the Philippine Economic Zone Authority and the first to achieve ISO 9001 and 14001 certifications.

The Light Industry & Science Park I, II and III, three major SPPI properties located south of Manila, are all within an hour ’ s drive from the country ’ s central business district, Makati.

The Cebu Light Industrial Park located on Mactan Island is just a 10-minute drive from the Mactan-Cebu International Airport.

WOFEX 2013 (World Food Expo) continues to be the food and beverage industry’s main source of supp...

SIAL ASEAN brings you to the South East Asian Food Market. Make a date in your diary to attend th...

The Manila International Auto Show, MIAS holds together the toughest and the fiercest parts and r...

Thank you for your interest in the WTC Manila! For general questions and comments please complete the form below and a member of our team will reach out to you shortly. We look forward to hearing from you! 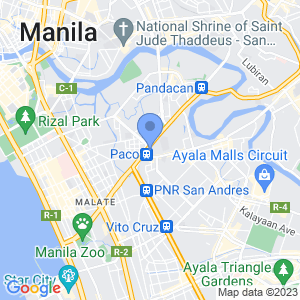