This Proyect has a total of 30,000 square meters, including two towers of corporate offices with a retail area. The largest BMW Showroom of the region at 3,000 square meters on WTC Ciudad del Este premises. This WTC will also have a hotel.

Ciudad del Este is the second largest city in Paraguay.
Ciudad del Este was, according to Forbes, the third commercial city in the world between 1990 and 2002.
The city's economy (and Paraguay's economy as well) relies heavily on the mood of the Brazilian economy.
The city has a large Asian-born population, specifically Taiwanese, Koreans, Lebanese, and Iranians.

Rate of growth per year

Thank you for your interest in the WTC Ciudad del Este! For general questions and comments please complete the form below and a member of our team will reach out to you shortly. We look forward to hearing from you! 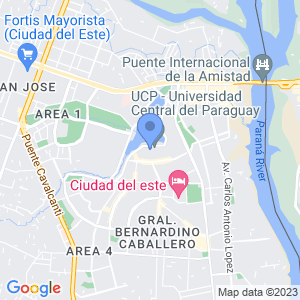