WTC BENGHAZI IS CURRENTLY UNDERDEVELOPMENT
Benghazi, is the second largest city in Libya, the main city of the Cyrenaica region and the former provisional capital of the National Transitional Council. Benghazi is located in the North-eastern region of Libya and has a Mediterranean climate with warm dry summers and mild wet winters. The history of Benghazi dates back to the 6th century BC when the ancient Greeks first settled there. The city was known in historical times as Barca. The city is home to plenty of historical relics and specimens. It is the principal city of Eastern Libya and is one of Libya’s major economic centres as the city has an important port as well as an industrial and commercial centre.

Please note that we are in the process of fully activating this Center. In the meantime, do not hesitate to contact us at info@wtchcy.org for your immediate queries and requirements where we will be pleased to help you.

Substantial revenue from the energy sector coupled with a small population gives Libya one of the highest per capita GDPs in Africa.

Thank you for your interest in WTC Benghazi! For general questions and comments please complete the form below and a member of our team will reach out to you shortly. We look forward to hearing from you. 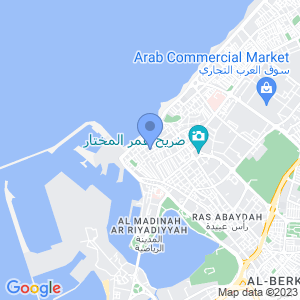